How to Shift People Stuck in Fear and Doubt

When people are caught in fear and doubt, they either move into mindless action to normalize the situation, or they freeze up, barely moving at all. Most people jump in to help the person fix the situation, which only helps sometimes. Instead, you could help them reframe who they think they are.

If you can shift them from thinking they are victims to feeling they are heroes, or at least a competent supporter for those who can make a difference, they may recognize their contribution and discover new solutions. The fear might fade behind their courage.

The idea for this post came after watching child psychiatrist Essam Daod’s TED talk. Essam has been working in camps, boats, and the shorelines of the Mediterranean Sea to help refugees – one fourth are children – reframe their experiences to prevent PTSD and aid their integration into new communities.

Essam tells the story of Omar, a five-year-old Syrian refugee boy who arrived in Lesbos on a crowded rubber boat.

“Crying, frightened, unable to understand what’s happening to him, he was right on the verge of developing a new trauma. I knew right away that this was a golden hour, a short period of time in which I could change his story, I could change the story that he would tell himself for the rest of his life. I could reframe his memories.”

With the mother’s permission, Essam lifted the boy up. As he did, the boy pointed to a police helicopter hovering above them. Essam told the boy,

“It’s here to photograph you with big cameras, because only the great and the powerful heroes, like you, Omar, can cross the sea.”

Omar quieted down and turned to help his mother.

Essam says that good memories stored in the amygdala, the emotional storage of the brain, can fight the traumatic ones when reactivated in the future. To Omar, the smell of the sea will not just remind him of his distressing journey from Syria. “To Omar, this story is now a story of bravery.”

Essam helped Omar create a new narrative that lifted him out of the paralysis of fear.

It might sound manipulative, especially when working with adults, but I’ve seen the power of reframing who they think they work many times to overcome fear or apprehension. The brain craves social approval even more than favorite foods. Helping someone to reframe their self to be socially successful in a distressing situation, even admirable, feeds the social brain.1 I have successfully used Archetypes to help clients discover who else they can be to resolve dilemmas. 2 These are not false roles but identifications that fit with their nature and inspire positive action.

Here are some other examples:

I was waiting to board a plane when I heard the announcement that the flight was cancelled. It was the last flight out that day. A mob of people rushed the desk, screaming at the poor man trying to help people find their way home. I could see he was sweating, moving erratically, and near breaking down. I walked to the side of the desk and said, “You are handling this crowd so well, like the Captain in the Storm. Nice work.” I could see him breathe out and slightly smile as he continued his work. When the crowd thinned out, he helped me get a nice seat on the morning flight. I said, “Thank you Captain,” as I left.

Last month, I led a contentious team meeting. When I asked one of the new leaders if he would be at the next month’s meeting, he said, “I don’t know. I have another commitment. I’m not sure I can get out of it.”

I said, “I hope you can make it. You offered a lot of good ideas today. You are an Essential Contributor of this team.” He replied that he probably could change his other commitment after all.

I was once complaining to my boss about the lack of vision on the senior team; they didn’t get how important training to sustain our culture would be as we were rapidly growing. My boss said to me, “What you want to create is important, but you approach it as if it were a fight. Is there a way that instead of forcing people to see your way, you could inspire them to see what you see?” He helped me shift from being a warrior to an Inspiring Advocate for Change.

To increase your odds that the reframing is successful, follow these steps.

John F. Kennedy said, “After  the dust of the centuries have passed over our cities, we will be remembered not for our victories and defeats, but our contribution to the human spirit.” How you relieve people’s fear in distressing moments can be more important than what you do to fix their problems. Outsmart Your Brain has been selected as #6 in the Top 20 Women in Leadership Blogs. Check out the other blogs on the list for good reading.

1 Howard Ross and JonRobert Tartaglione, Our Search for Belonging: How Our Need to Connect Is Tearing Us Apart. Berrett-Koehler Publishers, May 8, 2018.

2 Chapter 3 in Wander Woman: How High-Achieving Women Find Contentment and Direction gives definitions and exercises to help you use archetypes to expand your self-concept. 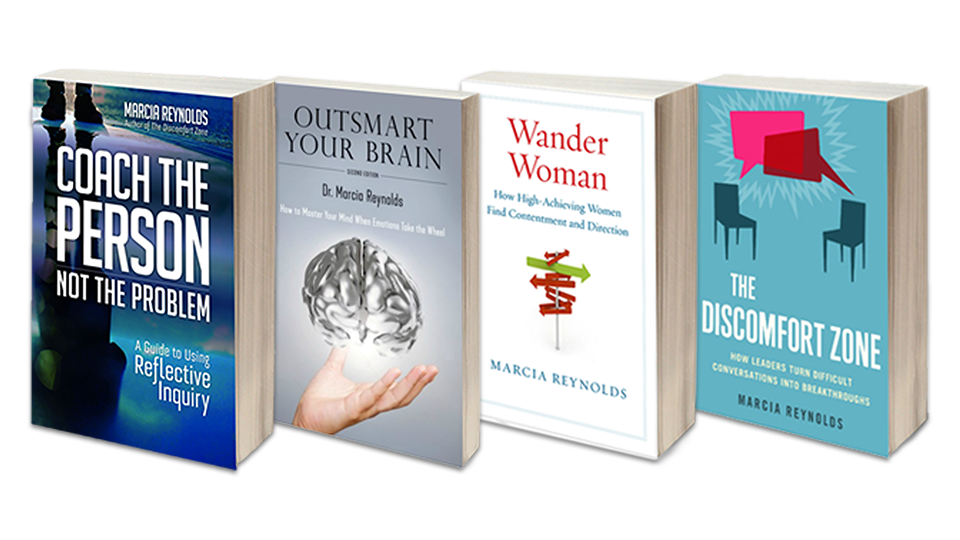